Products: are sold in more than 180 markets, and in many of these markets they hold the number one or number two market share position.
The company makes seven of the world’s top 15 tobacco brands, laying claim to more than 15% of the international cigarette market outside the US.

The company’s brands by sales volume are Marlboro (the world’s #1-selling cigarette, accounts for about a third of PMI’s total shipment volume),
L&M, Bond Street, Philip Morris, Chesterfield, and Parliament.

Philip Morris has quite a lot of attractive market share positions in emerging economies.

PMI has determined that it qualifies as an 80/20 company for U.S. tax purposes,
an “80/20 company” is a U.S. company, 80% of whose gross income for a specified period is generated from active businesses outside the US.

The business is in four segments:

Profitability is Stable:
As the company exclusively sells outside of the United States,
the most prevalent risk factor for the last several years has been currencies.
PM has struggled as a strong dollar and increasing regulation has hindered growth.
Currency issues has improved since the beginning of 2016 and should have a positive impact on future earnings.

Financial health is Stable-:
The company appears to have taken on more debt. 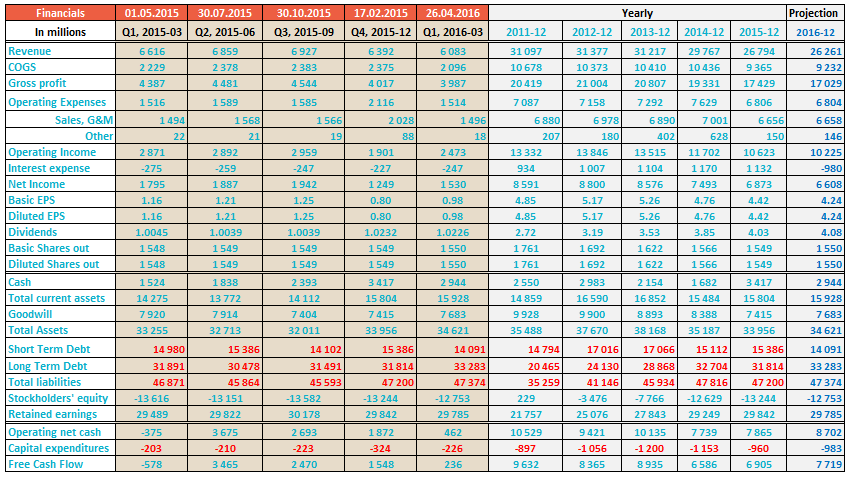