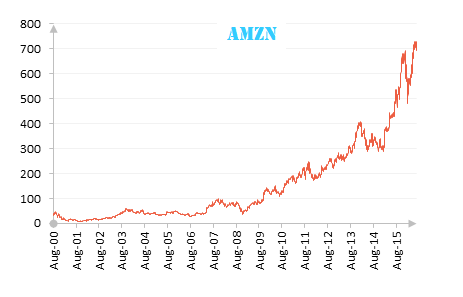 Growth is Low-:
To justify its equity valuation and the credit ratings from S&P and Moody’s, Amazon must begin turning its majestic revenues into operating earnings.
Amazon’s operating, net and free cash flow margins are very small.
Profitability is Low-:
Net income profits are hard to find, i.e. profits are volatile and changing signs. On average, the company is hardly profitable for shresholders.
The stock seems to be only for speculative short-term purposes for inspired investors, not for long-term investments.
Financial health is Low+:
Capital expenditures have risen drastically compared to 2011 year.
How do the company financing its expenditures? Amazon has turned to the bond markets to finance new initiatives.
The next time Amazon needs to return to the bond market, borrowing costs will be higher because of company’s fundamentals.
Valuation: $27.67
Rating (Out of 10): 2.00
Growth: Low-
Profitability: Low-
Financial health: Low+
Stock Price: $728.10
Market Cap: $348.37b
Preferred: No
Company’s rating: 2.00
Valuation price: $27.67 => has 96% downside, shares can drop noticeably from current levels.
There really is no one right way in building a fundamental valuation model for Amazon.
Last stock splits: 2:1 (02.09.1999), 3:1 (05.01.1999), 2:1 (02.06.1998)
Share repurchase: flat 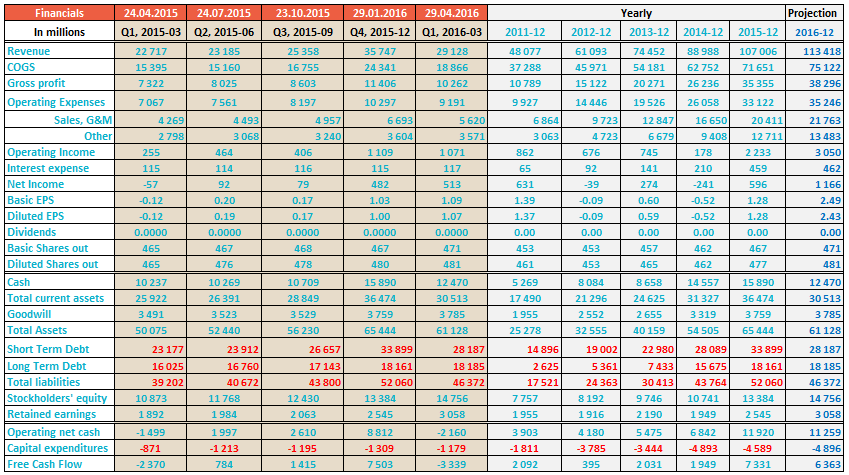 1994: July 5, Amazon was incorporated (as Cadabra) in the state of Washington.
1995: July 16, Amazon opened the virtual doors of Amazon.com’s online store
1996: Amazon was reincorporated in Delaware
1997: May 15, Amazon.com completed its initial public offering, the IPO price was $18.00
2000: June 19, Amazon’s logotype has featured a curved representing that the company carries every product from A to Z